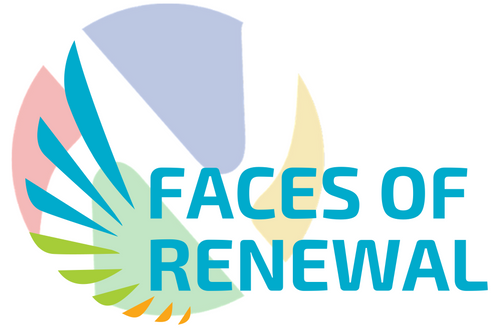 Rabbi Geela Rayzel Raphael describes herself as an “unorthodox visionary rabbi.” Originally from Knoxville, Tennessee, she brings the soul and hospitality of the south into her rabbinate. With her open heart, and sense of feminist mysticism, she finds home in the Jewish Renewal movement. “My rabbinic goal is to bring as much joy to Judaism as I can muster,” she says, “and that is a signature value of Renewal Judaism.”

“Reb Rayzel” is an award winning singer/songwriter/liturgist with six recordings to her credit.  She has collaborated on three albums with the singing group MIRAJ. Her solo recordings, Friday Night Revived and her Bible Babe’s a Beltin’ CD have received international acclaim. Her most recent release is May the Angels Carry You, a companion to the book of the same title by her husband, Dr. Simcha Raphael, featuring Jewish prayers for the end of life. “Music is the language that moves me to cry, and dance and pray,” she says. “Music says it all.”

She teaches frequently on esoteric subjects, including kabbalah, dreams, angels, and the soul. She aims to specialize in presenting complex traditions in an entertaining and educational manner. In addition, Reb Rayzel also creates handpainted silk tallitot/prayer shawls and huppahs/wedding canopies. Her most recent creative endeavor is a deck of papercut Shechinah Oracle cards researched from Jewish text and tradition. “The art of my soul moves me to create beauty in all forms. I found a home in Jewish Renewal because of the community of artistic co-creators I found here.”

Reb Rayzel sojourned in Indiana for university, where she received a BA from Indiana University in religious studies. She also holds a Masters in Contemporary Jewish Studies from Brandeis.  Her journey then took her to Toronto Canada where she worked as a Hillel Director at York University. She’s also been fortunate enough to live in Israel for two years, studying at Pardes and at the Melton Center for Jewish Education at the Hebrew University of Jerusalem. Her angels then guided her to deepen her connection to the Jewish community, and she landed at the Reconstructionist Rabbinical College as a Wexner Graduate Fellow. She has lived in Philadelphia since 1989.

Today, Reb Rayzel has a private practice in the Philadelphia area where she counsels couples and helps them prepare for life cycle ceremonies. She leads tallit painting workshops, does readings of the Shechinah Oracle for groups, jams at musical Shabbat services, and basically will answer the call wherever the Holy One wants her to go. She has been the spiritual leader of three congregations, served as a chaplain, and worked for Hillel doing outreach to students. Currently she serves Darkaynu in Warrington, PA.

As a self-identified “priestess Rabbi,” she is guided by her angels in service to Shechinah, the Feminine Divine path in Jewish tradition. “Renewal made space for the Divine feminine to flourish, that’s why I’m home here.”

This profile is part of Faces of Renewal, an ongoing series of profiles of people who are renewing Judaism in our day.